Checked in at the Westin SFO for one night as our flight back to Toronto was at 1.30pm the next day. We were ‘upgraded’ to a room with a lovely view of the airport. We walked over to the In-n-Out for a light dinner and called it for the night. 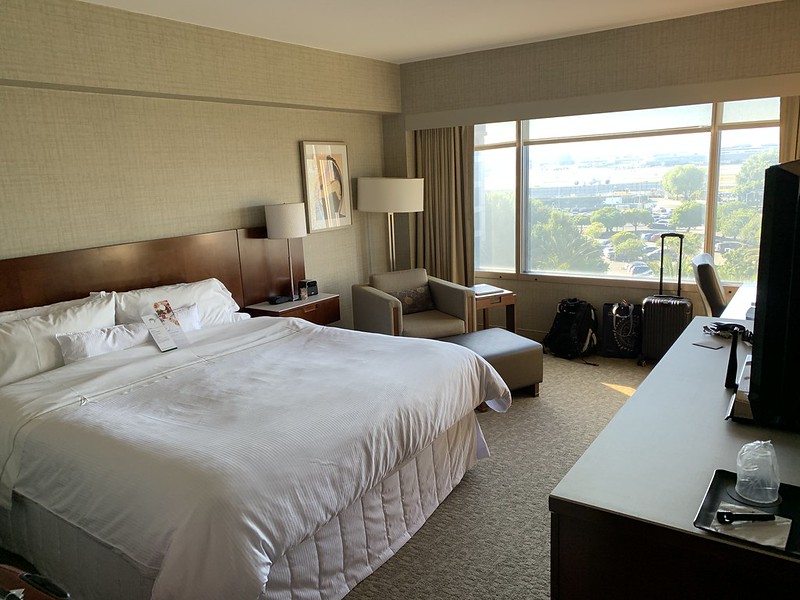 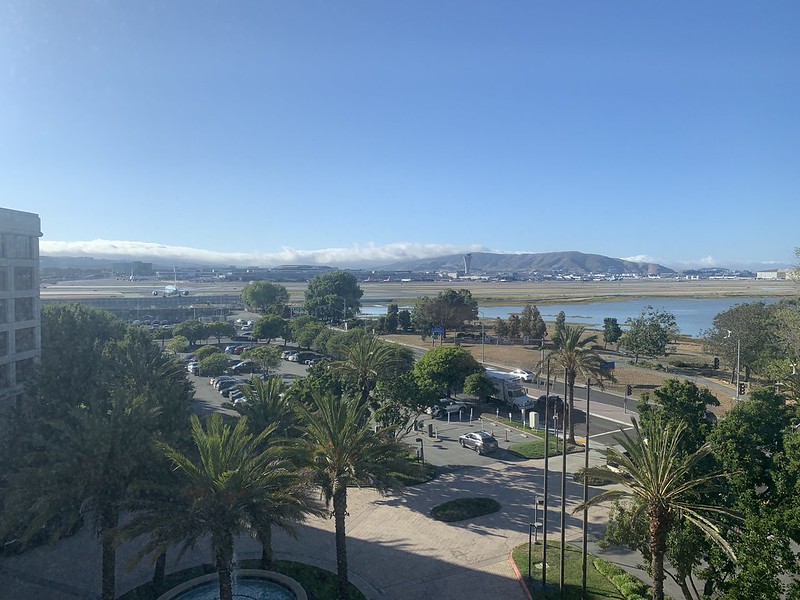 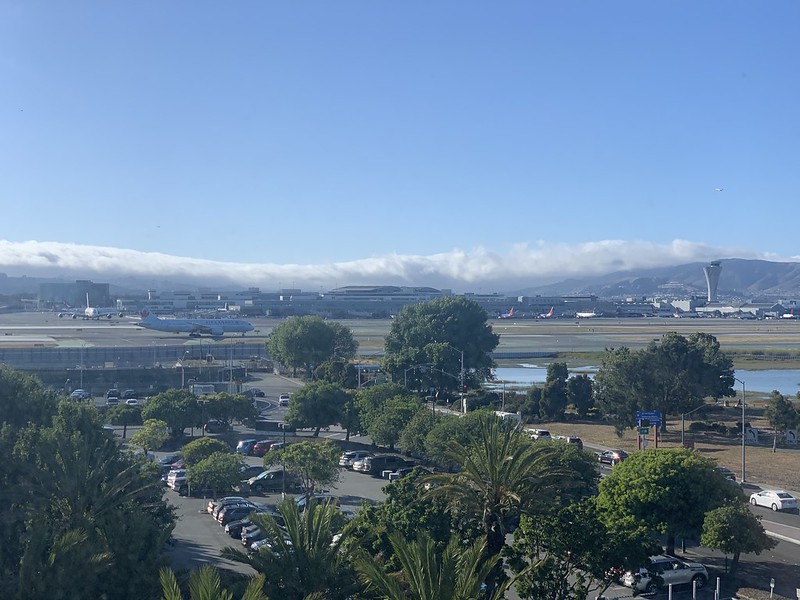 The next day, we took the shuttle back to the airport for our flight. Check-in at the Air Canada desk was a breeze and security was a nightmare as usual but we made it through unscathed. Tried getting into the United Polaris lounge but got shut down hard LOL. 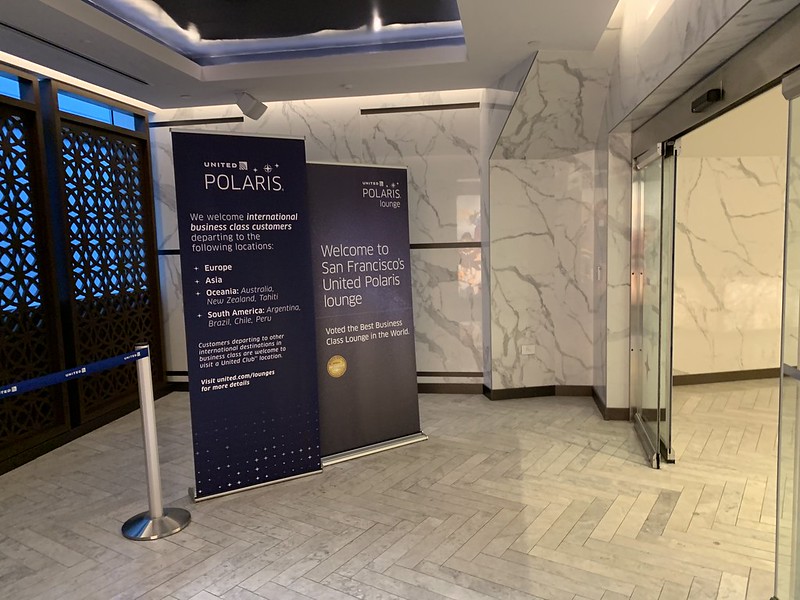 We were told to go the United Club lounge which was god awful and not worth reporting on. Well, I will say that the food was bad and the lounge was overcrowded. 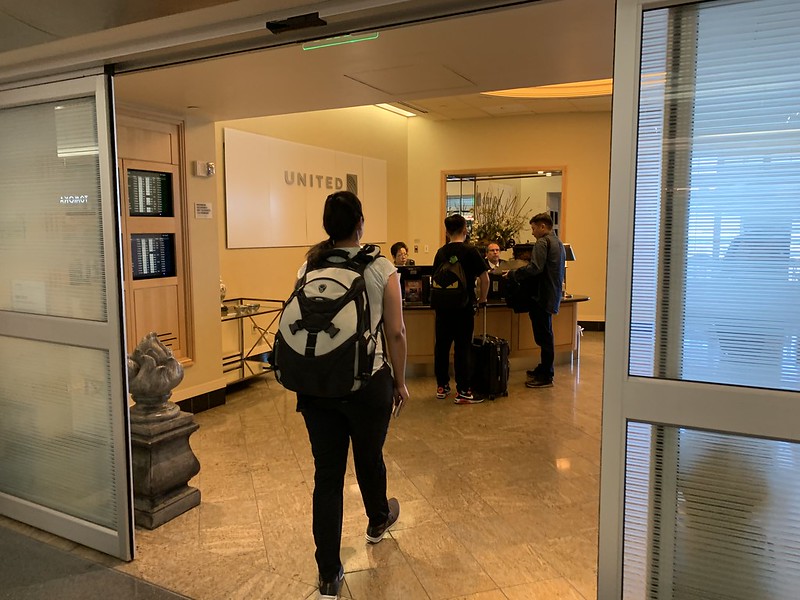 We went to the gate to find out that the flight would be delayed slightly as the inbound bird was yet to arrive. SFO was a gong show that day as there were multiple announcements of gate changes and pages for people who were last to arrive for their flight. The screen for our flight was even showing United which caused a lot of confusion for people.

“Yes sir – this is the AC flight back to Toronto, please ignore the screen.” 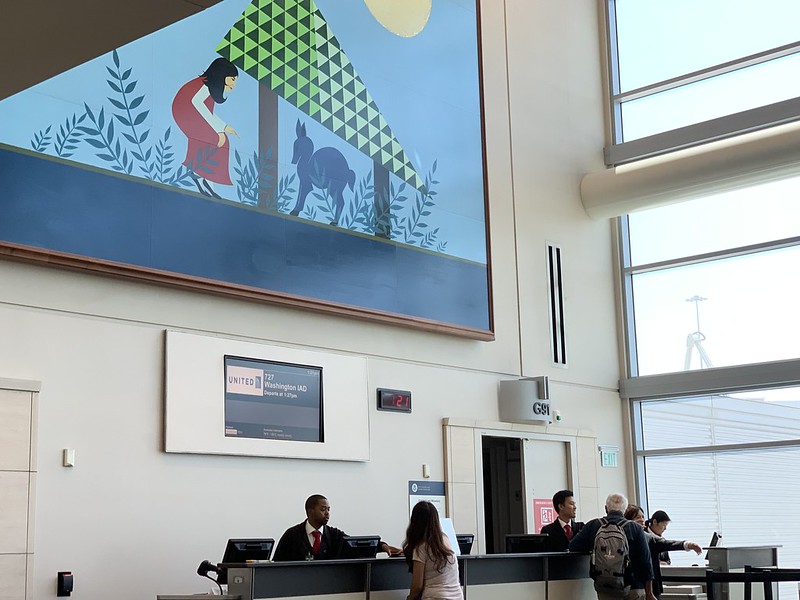 Once the bird arrived and people were booted off, boarding was called. 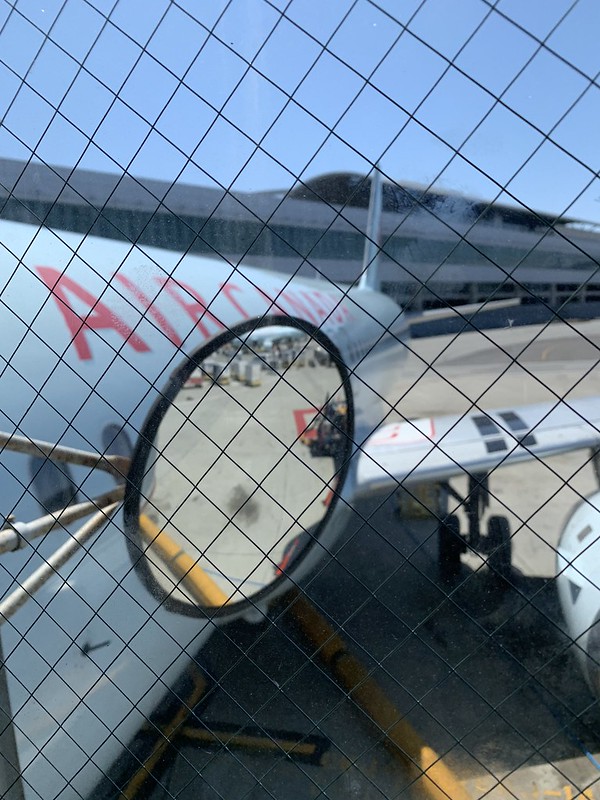 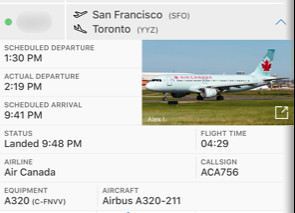 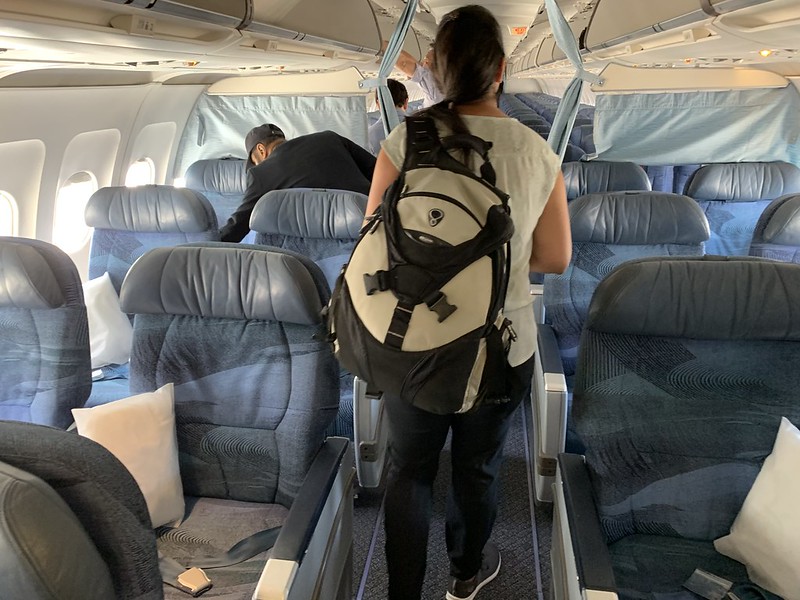 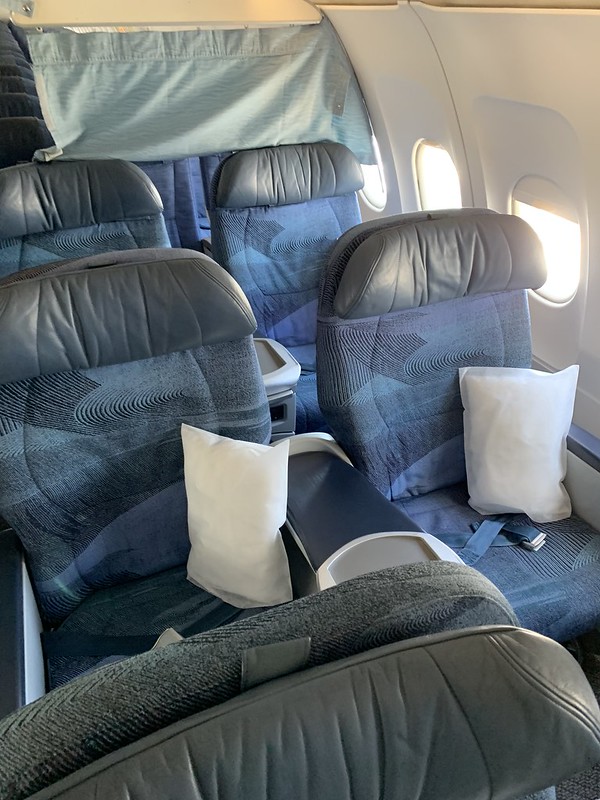 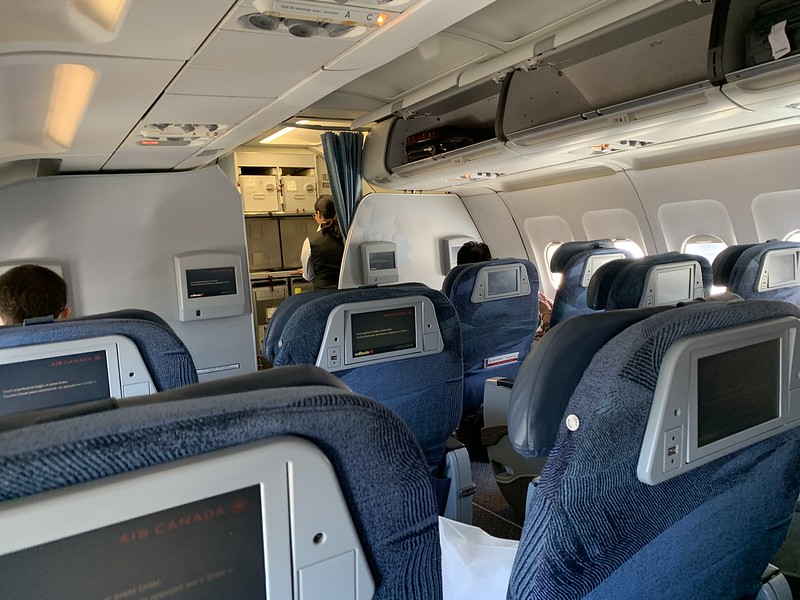 The flight to Vancouver next to us – the plane was undergoing a maintenance check due to a bird strike upon landing and was severely delayed. 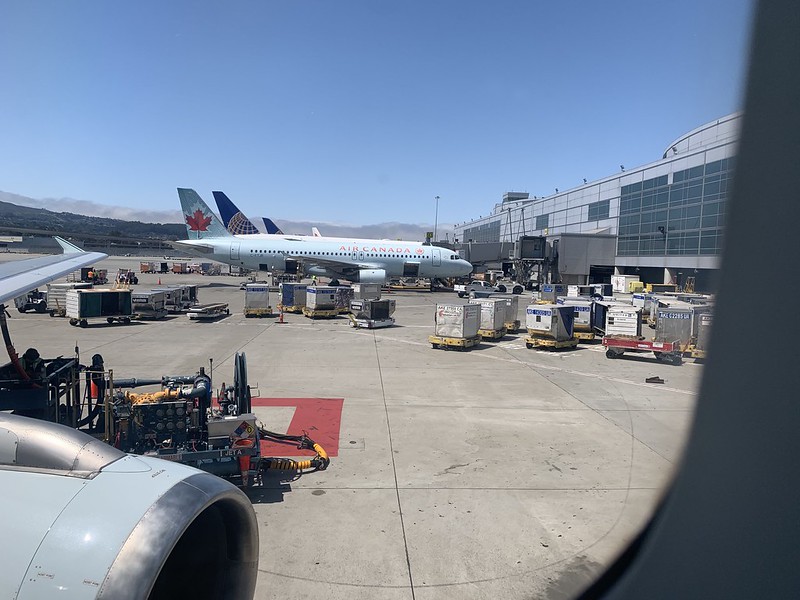 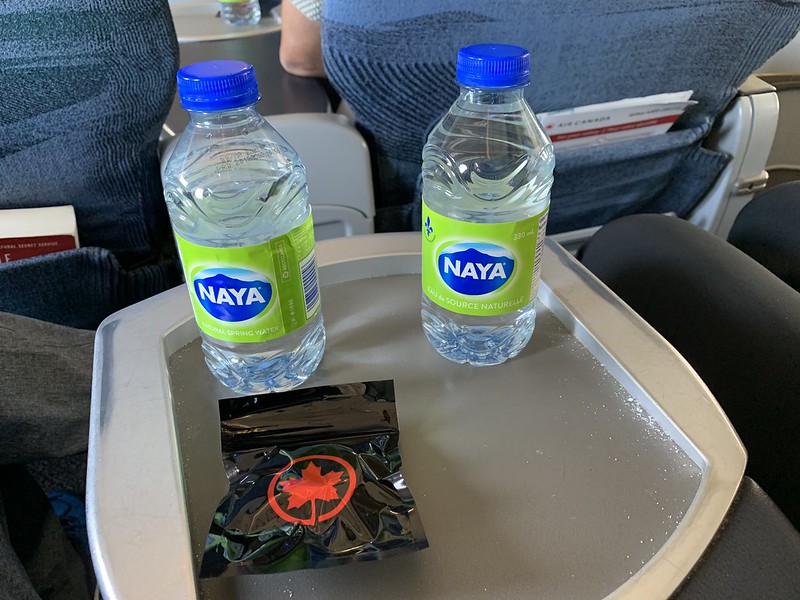 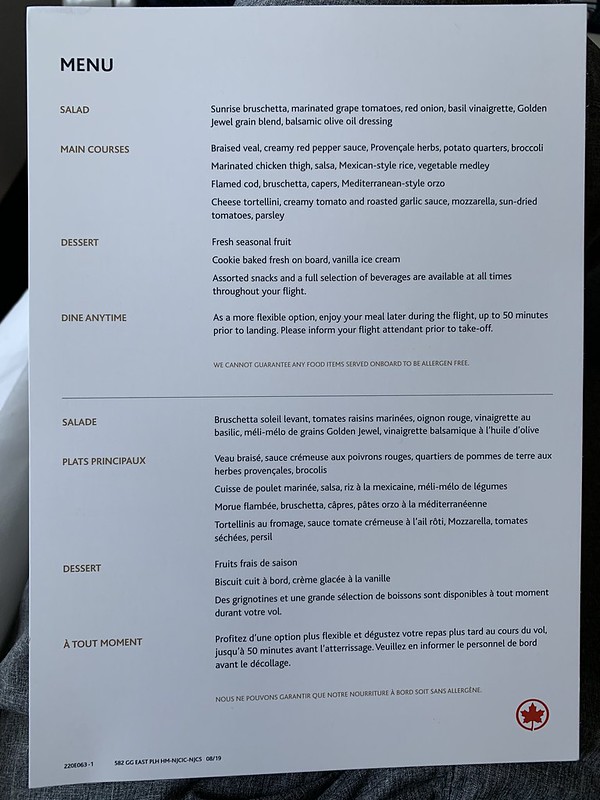 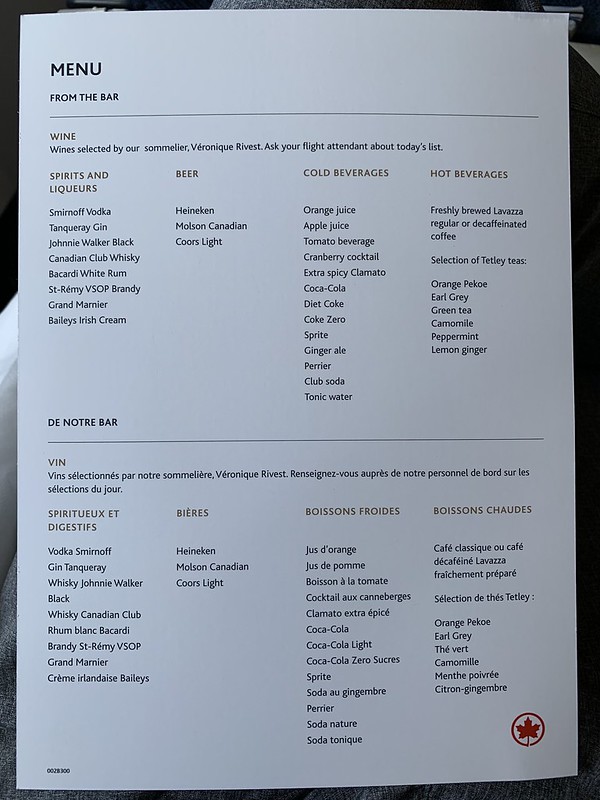 Boarding done and we were outta here. 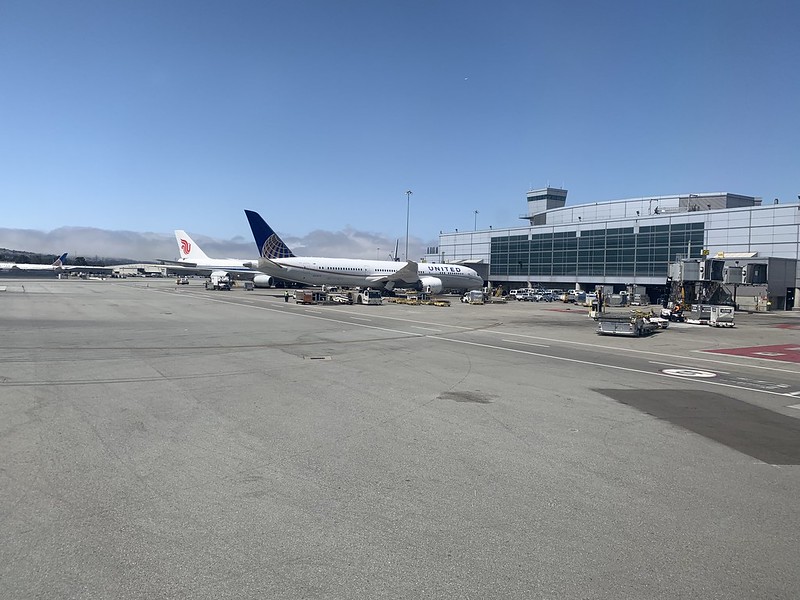 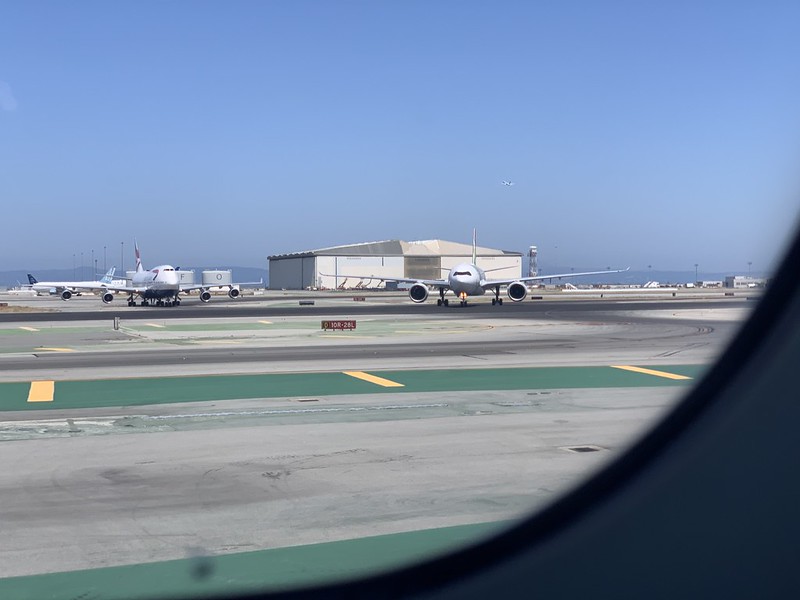 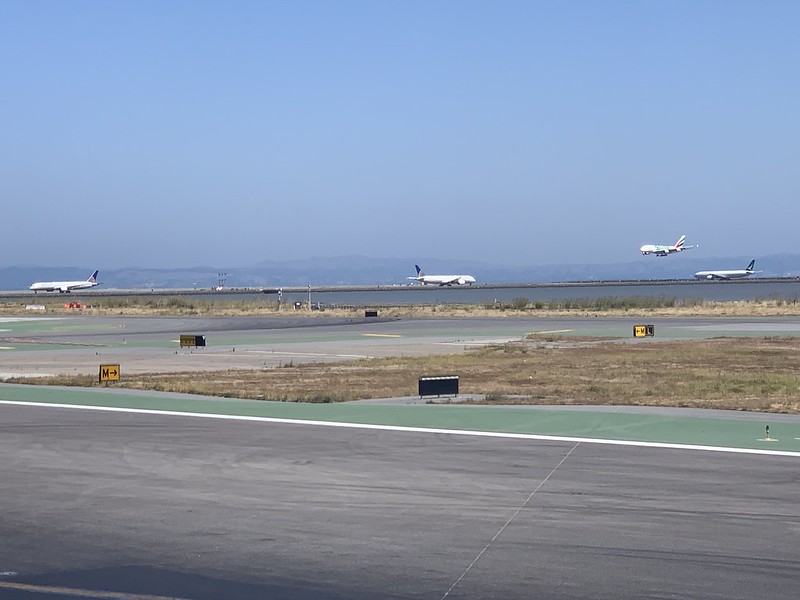 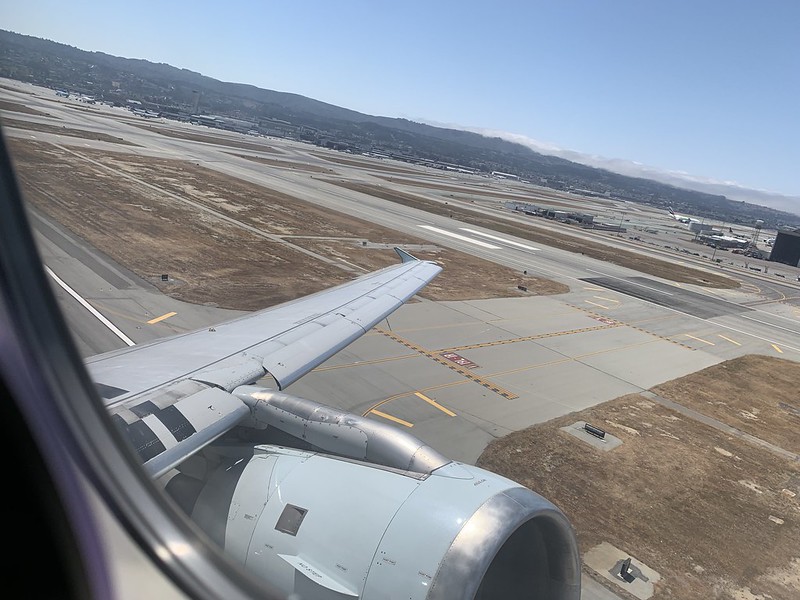 With the seat belt signs off, it was time for a drink. Black label for me and apple juice for her. Our meal selection was also taken down before take-off and we were given priority as half of the J cabin was op ups. 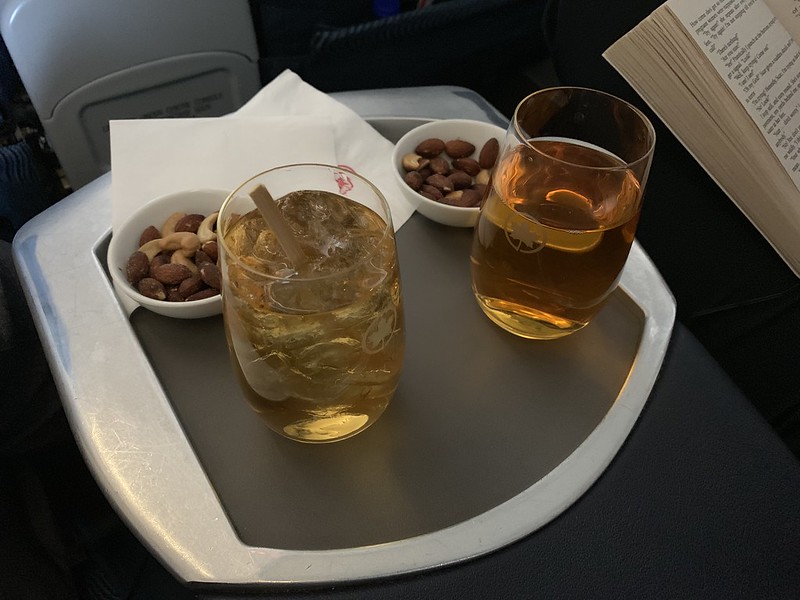 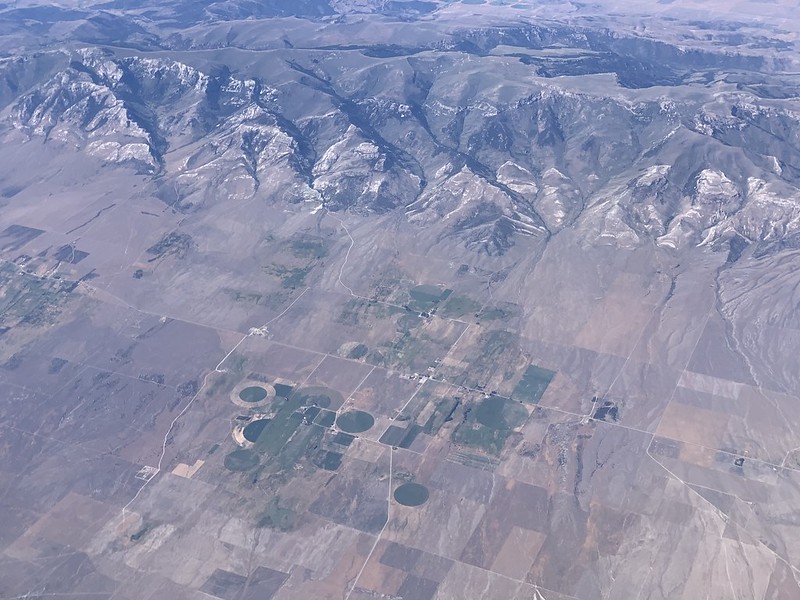 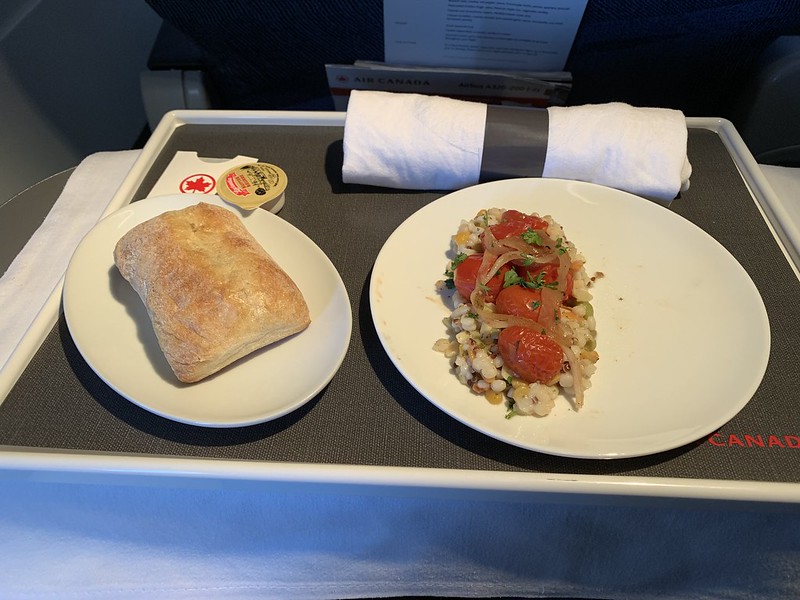 The main attraction – cheese tortellini for her, braised veal for me 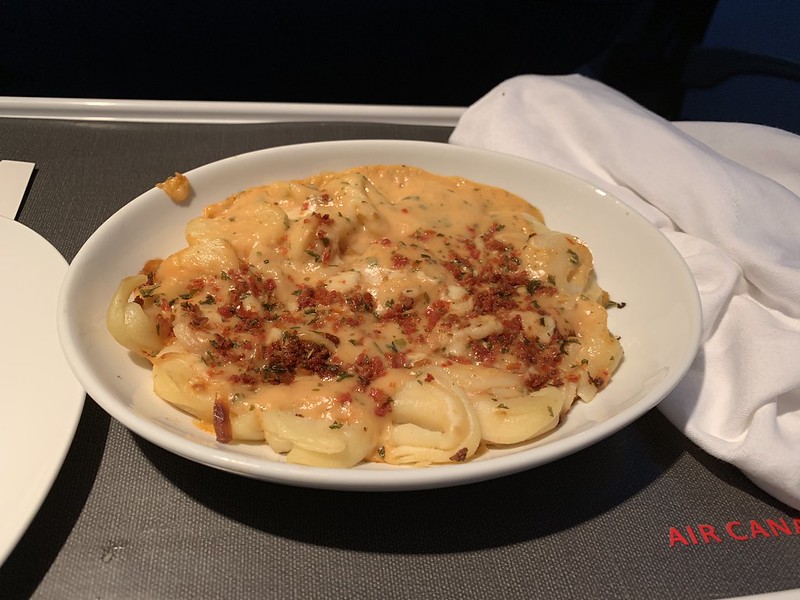 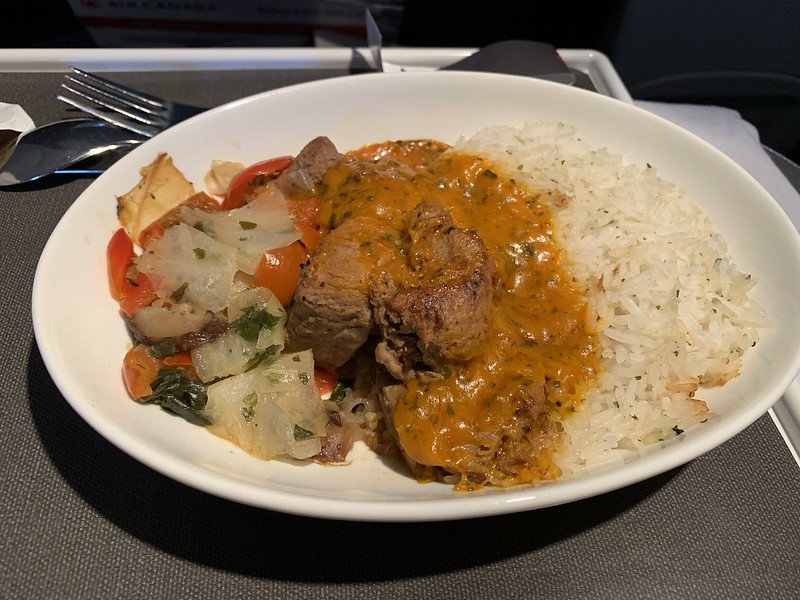 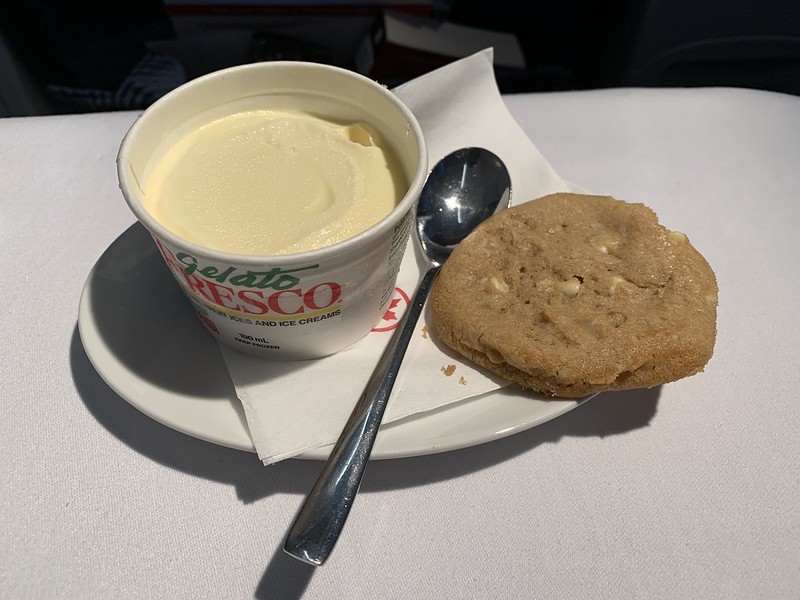 Fast forward to landing and we were back home safely. 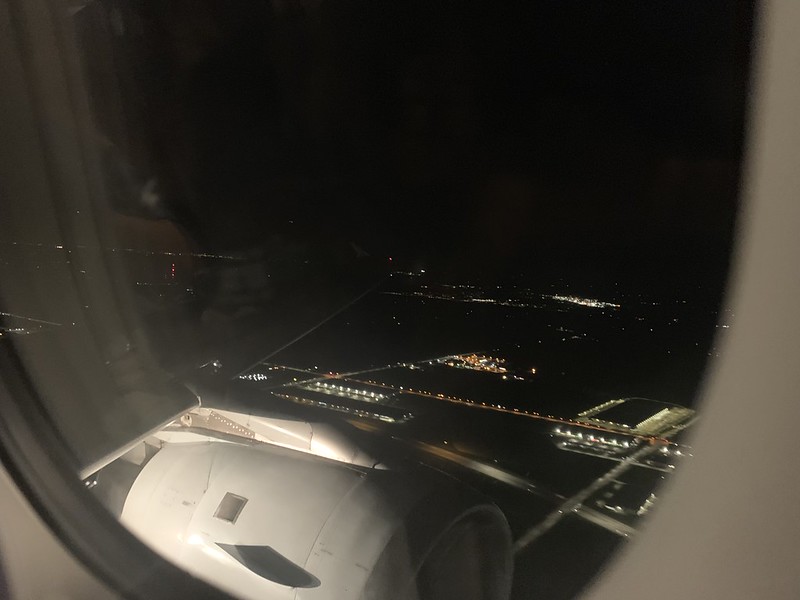 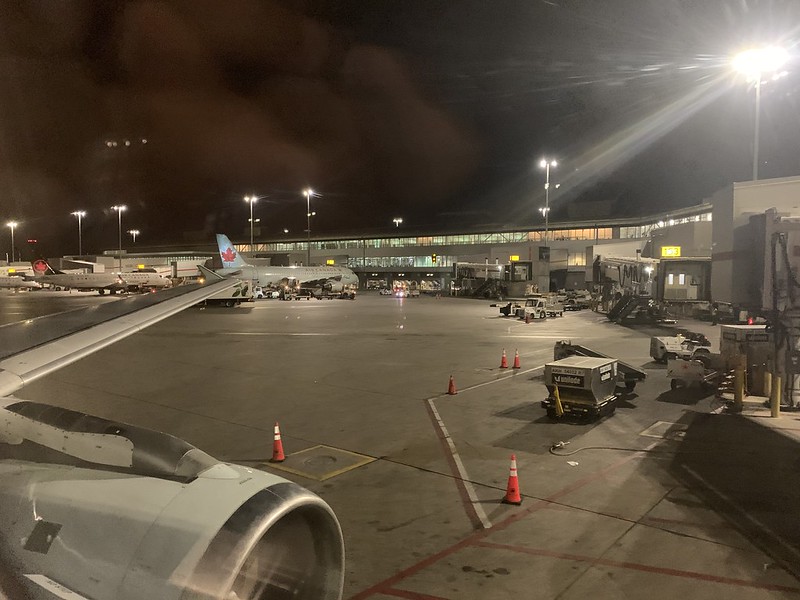 There was one crew member serving J class and she was friendly for the entire flight. She informed the op ups that there was no meals catered for them but she was able to get anything from the economy class menu if they wanted something. She even gave us first choice of desserts and who can pass on the fresh baked cookie. A decent flight for AC overall.

If you have been reading thus far, then please accept a heartfelt thank you. Hope you enjoyed this TR and look forward to sharing the next one!