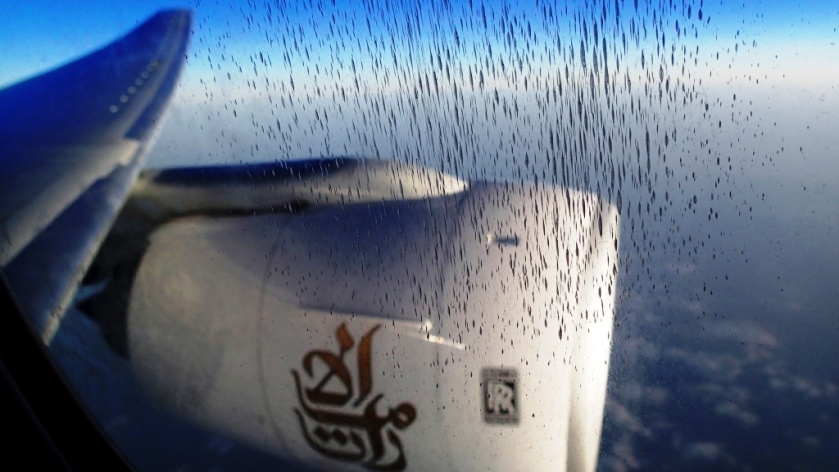 After coming back from the trip and reviewing the pics, I noticed I took more pics of the airport and the lounge than I did of the airplane lol. So please keep in mind, this will report will be heavy with lounge pics.

The Emirates Chauffeur service picked us up at 12:30am local time in a Volvo sedan and we were at the airport in 15 minutes. Check-in was smooth although the lady at the counter was … well, not happy. I guess it’s probably due to the fact it was close to 1am in the morning.

Check-in carpet. Once you walk into the dedicated check-in area for F/J passengers, the first few booths are for First Class and then next area is for Business class.

Security was a breeze and this was the sight that greeted us out of the elevator.

We headed downstairs again to take the train over to Concourse A. Once at the new concourse, we made our way up to the main level.

Hmm, should I take the elevator or the escalator?

Sigh, perhaps I will get the chance to enter Xanadu someday. So close and yet so far away.

We presented our boarding cards and this was the conversation:
Agent: “Sir, your boarding gate is at concourse C and we are in concourse A, it would take a “long” time to walk over. Would you prefer to the Emirates lounge located at concourse C?”
Translation in my brain: “YOU SHALL NOT PASS!”
Me: “No, we would prefer to stay here.” (with a smile)
Translation in my brain: “Oh hell mother-bleeping NO, I’ve been waiting to see this lounge since it opened last year and aint no one gonna stop me!” 🙂
Agent: “No problem. I would suggest you stay here for an hour and then walk over and it is a very long walk. Please don’t be late as we don’t want you to miss your flight.”

Was trying to figure how I could put this in my carry-on and take it home with me. 🙂

One of many coffee/cappuccino machines throughout the lounge.

The great thing about Concourse A is that you can board the plane directly from the F and J lounges.

Geez, this thing goes on forever.

Wait, I think I see the end.

The end of the concourse is a quiet area. Which makes me think if the rest of the lounge is mean to be a loud area?

In case you lose your way and need directions. 

It just keeps on going …

Pic of the newspaper stand.

Some more couches and the area behind it had some lazy loungers which were all taken, hence no pic.

Walking back to our starting point.

We left the lounge and took the train back. Interesting to note that the trains have actual tires and not wheels like a normal train.

We did the “long walk” to Concourse C (seriously, it wasn’t that bad as the agent made it out to be lol) and bought some chocolates from the duty free as we had a little bit of time to kill. Headed to our gate and waiting for the boarding call. When the boarding announcement came, it was like this:

Agent: “Ladies and gentleman, thank you for waiting. At this time, we would like to invite families with children, those requiring wheelchair assistance. We would especially like to invite those travelling in First and Business class to board as well.”

This happens and I kid you not.

Can you see that blue couple on the right side near the middle of the pic? That was us. Le sigh. It’s a good thing that the agent was checking boarding passes as she turned away economy passengers. The stupid thing is that the economy passengers just stood there and prevented others from coming up front. This, ladies and gentlemen, calls for a double facepalm.

Anyways, we boarded and found our seats. By this time, we were both super tired and just wanted to pass out. In my desire to pass out, I forgot to take pics of the menu. This, ladies and gentlemen, calls for a ….

What I do remember is that the food was all Indian cuisine and I was not in the mood for that since I gorged on food at the lounge and I would get better Indian food when I was in Mumbai. Speaking of lounge food, three words for anyone visiting the lounge … Deep Fried Butterfish. I had it when I was at the Emirate J lounge in Concourse B in 2011 and it was still mouth watering-ly good when I had it again this time. You know when your jowls shiver with excitement when you are tasting something so good .. yeah, thats how I felt.

The flight was delayed by 20 minutes because the IFE in the row we were sitting on completely fried out for some reason. It was interesting seeing the Emirates engineering crew come on and swap out the unit in the back of one of the seats. One of the passengers had to move from the seat temporarily while the fix was being completed. Once the fix was done, the system was rebooted and all the IFE’s came on .. except for ours. Good news is that we didn’t care because we just wanted to sleep. The engineering crew disembarked and we were ready to be pushed back. While we were waiting for the fix to be completed, the purser came by and wanted to take our menu choices but we declined. He was a nice gentleman from Brazil and was asking where we were from since our last name was common in Spain, Brazil and India. Its the small things that make your experience very pleasant. Take off was smooth and when the seat belt sign went out, we crashed … er .. went to bed. 😀

The captain did come on the comm before we took off and announced an approximate flight time of 2h 30m. On the ticket, the flight time was originally clocked at 2h 55m. After I woke up, I was treated to this out of the window. 😀

Landed on time and with no issues. Taxi-ed past the domestic terminal and made our way to the old international terminal. The pic you see below is the gates for the new terminal.

Then it merges into the old terminal. Yuck.

Air India B787. No smoke or battery fires.

Disembarked from the plane and made our way through immigration. Since I was an OCI (Overseas Citizen of India), we made our way to the OCI line which was small. Our bags were already there by the time we got to the baggage carousel. Made our way outside and found the Emirates Chauffeur driver waiting for us with the signage. Couldn’t take a proper pic of the Merc C200 because the guy was in rush to get out the parking lot. Oh well. 🙂

On our way back to Dubai, we were 5 days short of the opening day of the new T2 terminal (rats!). Luckly, my sister and mother who were also in Mumbai were lucky enough to depart from T2 on opening day (flying on Etihad). So, I stole all my sisters pics of the new terminal off her iPad because I love you guys so much. 🙂

Few comments from my sister:
1. Etihad First/Business class check-in was in a seperate pier from economy. There were only 2 check-in desks open for economy and it was a complete mess for people checking in. Somehow, a few economy class passengers decided to try their luck at the F/J counters but were turned back.
2. Immigration and security had dedicated lanes for F/J. The agents at immigration and security were REALLY nice according to my sister and mother by addressing them as “Ma’am” and asking how their stay in India was. Meanwhile, at the old terminal, the agents barely gave me a second glance. ><
3. A wheelchair assistance staff member tried to sneak an elderly gentleman through to the F/J immigration lane. When the other staff members tried to bring more people through on wheelchairs, they were turned away by immigration and told to go to the regular immigration lanes. Ouch.
4. The lounge was not ready but there was a temporary lounge that was roped off. There was a decent spread of food and drink.
5. The plane was delayed for an hour because economy passengers were still being checked in.
6. When boarding was called for F/J, everyone thought it meant economy too and there was no proper check done by agents. My sister and mother were stuck behind a line of economy class passengers. The agent walked them half way through the tube before they got stuck again. At this point, the agent shouted in Hindi to catch the purser’s attention. The purser looked at the agent and then the agents shouts, “BUSINESS CLASS!” and points to my mother/sister. The line of economy passengers parted like Moses parting the sea and they walked in. Why do they get to have all the fun! 😀 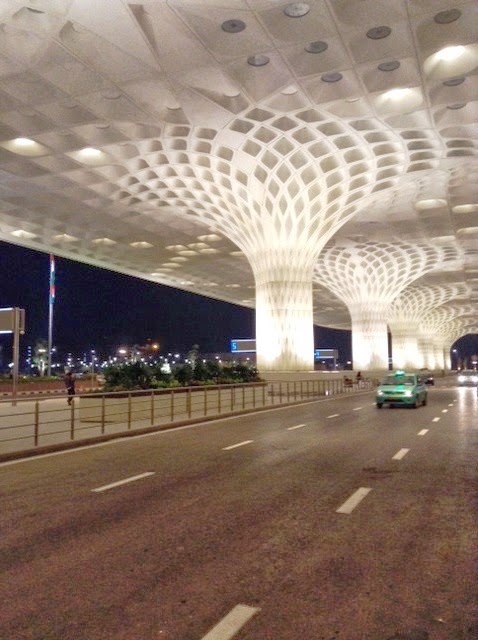 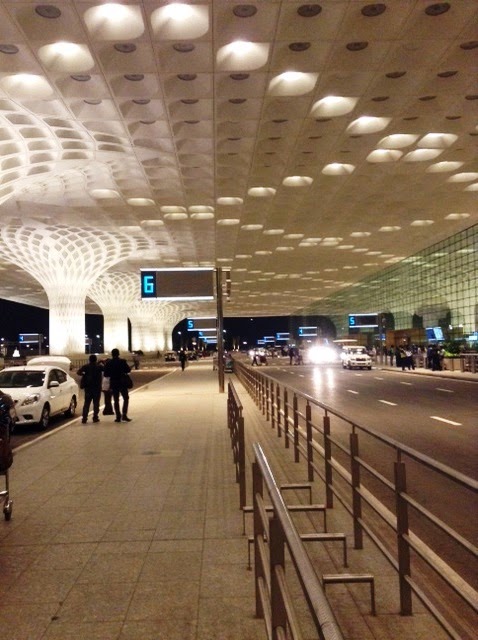 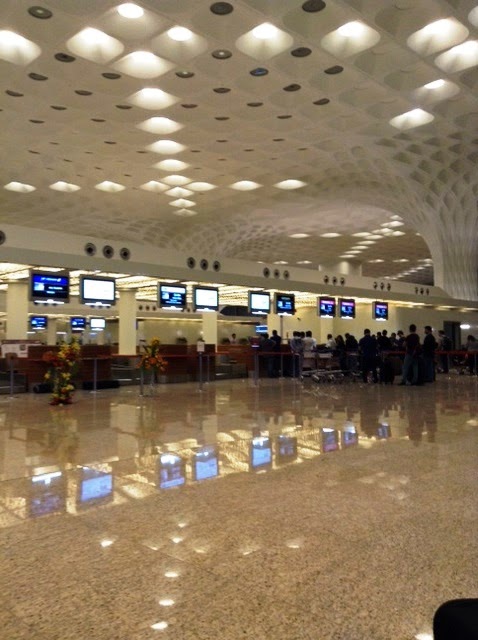 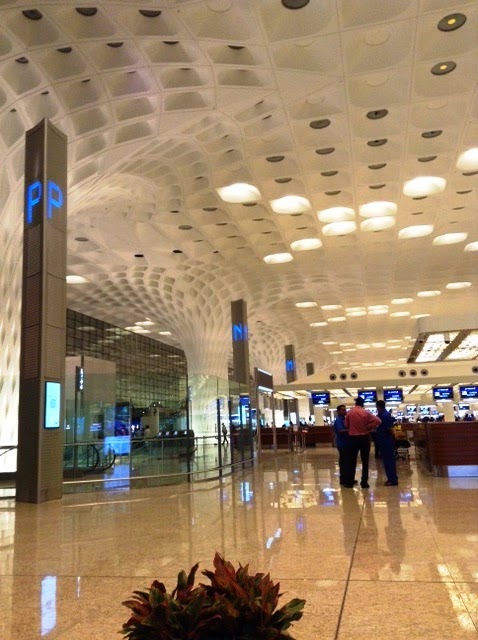 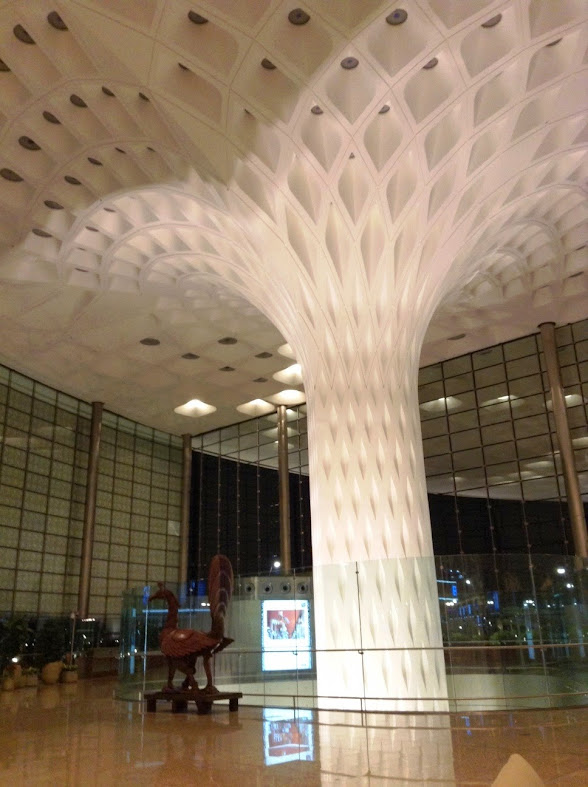 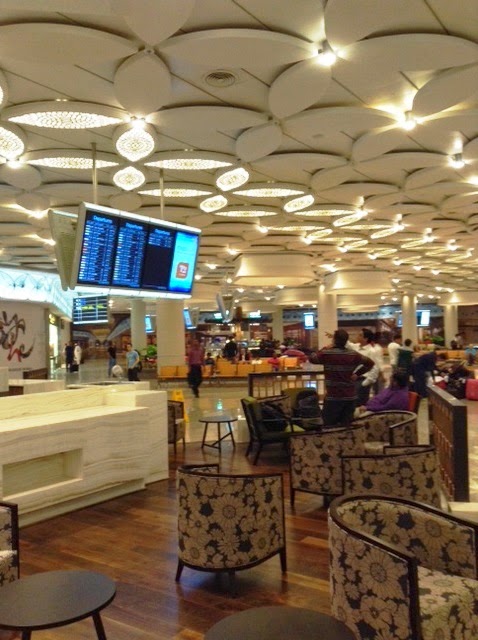 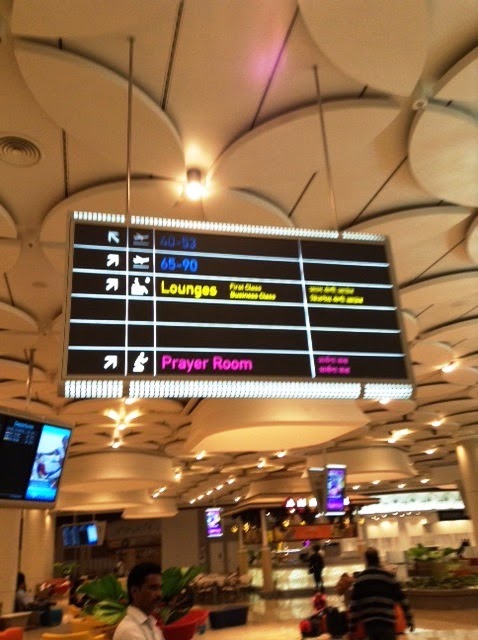 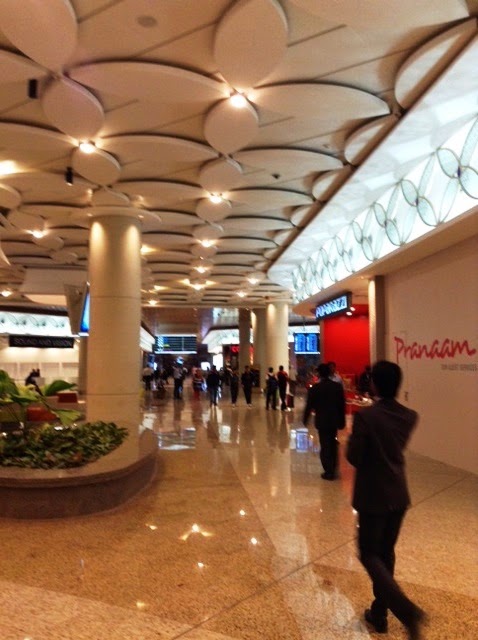 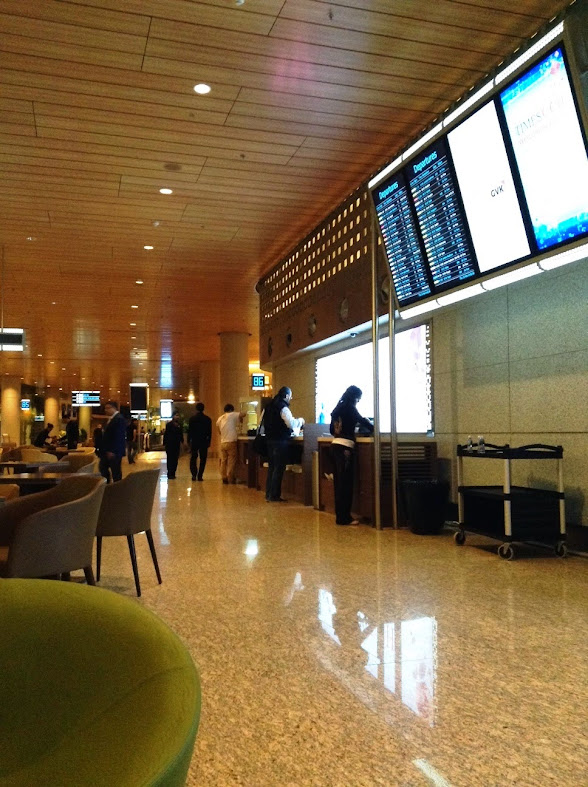 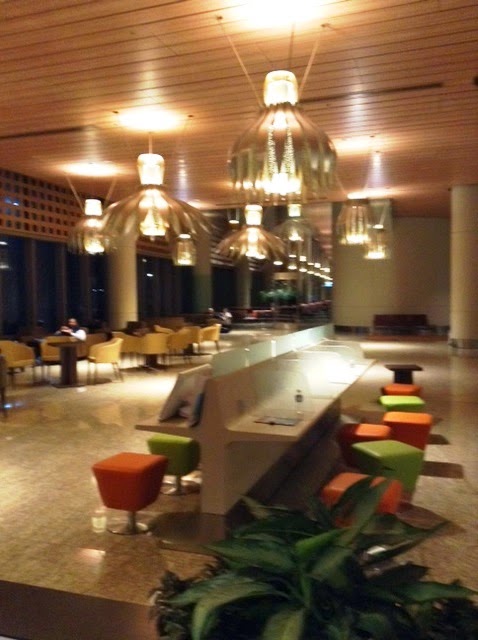